Below are the Keynote Speakers confirmed for the IEEE/CIC ICCC 2019 conference:

Abstract: Advances of artificial intelligence in computing and big data innovates new technology frontier toward autonomous vehicles, service robots, smart manufacturing, and AIoT in addition to remarkable chess playing machines like AlphaZero. In the rising of Machines equipped with artificial intelligence, possibly with high mobility, ultra-reliable and ultra-low latency communication emerges to facilitate reliable and safe operation for a massive number of smart machines. A disruptive and systematic approach to establish such wireless networks beyond 5G will be introduced. The collective benefits of wireless communication to a number of intelligent mobile machines have been investigated to comprehend the interplay between machine learning and low-latency multiple access communication. Together with identified use cases identified by the ITU-T to apply machine learning to wireless networks, evolution toward future wireless network architecture for machine learning enables tremendous amount of intelligent machines in service, to realize the infinite technological opportunities toward future digital society.

Biography: Kwang-Cheng Chen has been a Professor at the Department of Electrical Engineering, University of South Florida, since 2016. From 1987 to 2016, Dr. Chen worked with SSE, Communications Satellite Corp., IBM Thomas J. Watson Research Center, National Tsing Hua University, HP Labs., and National Taiwan University in mobile communications and networks. He visited TU Delft (1998), Aalborg University (2008), Sungkyunkwan University (2013), and Massachusetts Institute of Technology (2012-2013, 2015-2016).  He founded a wireless IC design company in 2001, which was acquired by MediaTek Inc. in 2004. He has been actively involving in the organization of various IEEE conferences and serving editorships with a few IEEE journals (most recently as a series editor on Data Science and AI for Communications in the IEEE Communications Magazine), together with various IEEE volunteer services to the IEEE, Communications Society, Vehicular Technology Society, and Signal Processing Society, such as founding the Technical Committee on Social Networks in the IEEE Communications Society. Dr. Chen also has contributed essential technology to various international standards, namely IEEE 802 wireless LANs, Bluetooth, LTE and LTE-A, 5G-NR, and ITU-T FG ML5G. He has authored and co-authored over 300 IEEE publications, 4 books published by Wiley and River (most recently, Artificial Intelligence in Wireless Robotics, 2019), and more than 23 granted US patents. Dr. Chen is an IEEE Fellow and has received a number of awards including 2011 IEEE COMSOC WTC Recognition Award, 2014 IEEE Jack Neubauer Memorial Award, 2014 IEEE COMSOC AP Outstanding Paper Award. Dr. Chen’s current research interests include wireless networks, artificial intelligence and machine learning, IoT/CPS, social networks and data analytics, and cybersecurity.

— How far we have come and future challenges —

Abstract: Recently, the emerging communication technologies and diversified Internet services have made the networks much more complex. Extensive research has illustrated that enabling the network intelligence through the machine learning techniques is an efficient method to address the complex scenarios and reduce manual intervention in management. Among the existing research, deep learning has been widely studied to improve heterogeneous network traffic control which is an important and challenging area. To address the growing traffic demand, we have conducted some pioneering research works in network routing and resource allocation. Series of encouraging results have been achieved in terms of network throughput, average delay, and packet loss rate. In this talk, I will introduce our proposed ideas and focus on the three problems: how to characterize the input and output, how to choose the training manner considering the traffic patterns, and how to construct efficient deep learning architectures. Also, preliminary results will be discussed and I will demonstrate the significant improvement of traffic control for different network scenarios. In addition, can a new intelligent traffic control system be designed for highly dynamic networks, and can self-adjust its own parameters to match the network changes? What can we do to make the deep learning based research more meaningful and practical? I will discuss these issues according to our experience and look toward the future.

Abstract: It has been demonstrated recently that deep learning (DL) has great potentials to break the bottleneck of the conventional communication systems. In this talk, we present our recent work in DL in physical layer communications. DL can improve the performance of each individual (traditional) block in the conventional communication systems or jointly optimize the whole transmitter or receiver. Therefore, we can categorize the applications of DL in physical layer communications into with and without block processing structures. For DL based communication systems with block structures, we present joint channel estimation and signal detection based on a fully connected deep neural network, model-drive DL for signal detection, and some experimental results. For those without block structures, we provide our recent endeavors in developing end-to-end learning communication systems with the help of deep reinforcement learning (DRL) and generative adversarial net (GAN).   At the end of the talk, we provide some potential research topics in the area.

Biography: Dr. Geoffrey Li is a Professor with the School of Electrical and Computer Engineering at Georgia Institute of Technology. He was with AT&T Labs – Research for five years before joining Georgia Tech in 2000. His general research interests include statistical signal processing and machine learning for wireless communications. In these areas, he has published around 500 referred journal and conference papers in addition to over 40 granted patents. His publications have cited by 36,000 times and he has been listed as the World’s Most Influential Scientific Mind, also known as a Highly-Cited Researcher, by Thomson Reuters almost every year since 2001. He has been an IEEE Fellow since 2006. He received 2010 IEEE ComSoc Stephen O. Rice Prize Paper Award, 2013 IEEE VTS James Evans Avant Garde Award, 2014 IEEE VTS Jack Neubauer Memorial Award, 2017 IEEE ComSoc Award for Advances in Communication, and 2017 IEEE SPS Donald G. Fink Overview Paper Award. He also won the 2015 Distinguished Faculty Achievement Award from the School of Electrical and Computer Engineering, Georgia Tech.

Abstract: The evolution of wireless cellular network has entered the era of “intelligence”. It is envisioned that artificial intelligence (AI) will be one of the key enablers for B5G & 6G in the future. However, the area of AI for wireless is still in its infancy stage. In this talk, we present some AI implementation for intelligent wireless resource management, including data driven cellular network optimization, reinforcement learning-based MCS scheduling, deep learning-based low complexity beamforming, and so on.

Biography: Professor Zhi-Quan (Tom) Luo received his BSc degree in Applied Mathematics from Peking University, China, in 1984, and the PhD degree in Operations Research from the Massachusetts Institute of Technology in 1989. From 1989 to 2003, he was with McMaster University, Canada where he eventually served as the department head and was awarded a Canada Research Chair (Tier I) in Information Processing. From 2003 to 2014, Professor Luo has been a full professor atUniversity of Minnesota and held an endowed ADC Chair in digital technology. Currently, Professor Luo serves as the Vice President (Academic) of The Chinese University of Hong Kong, Shenzhen, and concurrently the Director of Shenzhen Research Institute of Big Data and also the Director of CUHK (SZ)-Tencent AI Lab Joint Laboratory on Machine Intelligence.

Professor Luo received the 2010 Farkas Prize from the INFORMS Optimization Society for outstanding contributions to the field of optimization. In 2018, he was awarded the prize of Paul Y. Tseng Memorial Lectureship in Continuous Optimization. He also received three Best Paper Awards from the IEEE Signal Processing Society in 2004, 2009 and 2011 respectively, and a 2011 Best Paper Award from the EURASIP. Professor Luo is a Fellow of the Institute of Electrical and Electronics Engineers (IEEE) and a Fellow of the Society for Industrial and Applied Mathematics (SIAM). In 2014, he was elected to the Royal Society of Canada, the highest honor a Canadian scholar can achieve in the Arts, Humanities and Sciences. In 2016, Professor Luo was elected to the Leading Talent Program of Guangdong Province.

Abstract: The future wireless landscape will feature multiple types of connectivity for the Internet of Things (IoT). The two generic IoT classes associated with 5G are Ultra-Reliable Low-Latency Communication (URLLC), and massive Machine Type Communication (mMTC). However, this initial classification undergoes a revision to accommodate new types of requirements, such as broadband transmissions or trusted data exchanges. This talk will speak about three different aspects of IoT connectivity. The first story is related to mission-critical IoT and explains why ultra-reliability is a feature that must be treated with the tools of statistical machine learning. The second story is related to massive IoT connectivity, where we revise the common assumption used in random access protocols, according to which the activation and the data of each IoT device is independent from the other devices. It is shown how massive IoT can be transformed into an ultra-reliable system when the devices transmit correlated data. The third story is dedicated to the challenges that occur when the autonomous interactions among the IoT devices are powered by distributed ledger technology (DLT), blockchain, and smart contracts. It is shown how blockchains transform the IoT traffic patterns, as well as what are the challenges that the combination blockchain-IoT poses to the communication architecture.

Biography: Petar Popovski is a Professor of Wireless Communications at Aalborg University, Fellow of the IEEE and a Visiting Excellence Chair at the University of Bremen. He received his Dipl.-Ing and Magist.-Ing. degrees in communication engineering from the University of Sts. Cyril and Methodius in Skopje and the Ph.D. degree from Aalborg University in 2005. He has over 300 publications in journals, conference proceedings, and edited books. He is featured in the list of Highly Cited Researchers 2018, compiled by Web of Science. He holds over 30 patents and patent applications. He received an ERC Consolidator Grant (2015), the Danish Elite Researcher award (2016), IEEE Fred W. Ellersick prize (2016) and IEEE Stephen O. Rice prize (2018). He is currently a Member at Large at the Board of Governors in IEEE Communication Society. Prof. Popovski is a Steering Committee Member of IEEE SmartGridComm and IEEE TRANSACTIONS ON GREEN COMMUNICATIONS AND NETWORKING. He previously served as a Steering Committee Member of the IEEE INTERNET OF THINGS JOURNAL. He is currently an Area Editor of the IEEE TRANSACTIONS ON WIRELESS COMMUNICATIONS. Prof. Popovski is the General Chair for IEEE SmartGridComm 2018 and IEEE Communication Theory Workshop 2019. His research interests are in the area of wireless communication and communication theory.

Title: The 5G Journey and the Next Frontiers

Abstract: For many researchers, 5G has been a 10 year long journey, while 5G commercial services just started to emerge this year.  Even though the initial products are mainly designed for much faster mobile broadband service and extremely fast fixed wireless to the home service, the high data rate and low latency of 5G have opened the door for many new exciting use cases, leading to the soaring subscribers of 5G services.  5G is being deployed at a much faster pace than previous generations globally. There are well defined standard roadmaps delivering 5G services to support vertical industries such as industry automation, autonomous driven cars, smart cities etc..  In this talk, the presenter will first discuss initial user experiences, applications and challenges of 5G Rel-15 NR commercial products, then present key new features being developed in Rel-16. It will be shown that the combination of these two releases will fulfil the ITU 5G requirements. 5G will further evolve to expand the capabilities to serve more and more vertical markets. With this overall 5G roadmaps in mind, the presenter will explore some research directions which may be considered beyond 5G and potential candidates for the next generation.

Below are the Invited Authors confirmed for the IEEE/CIC ICCC 2019 conference: 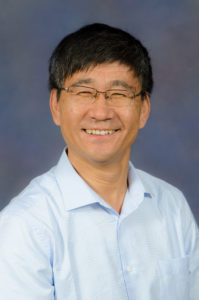 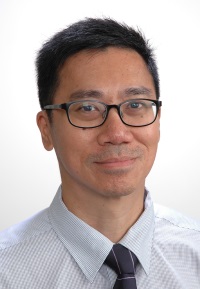 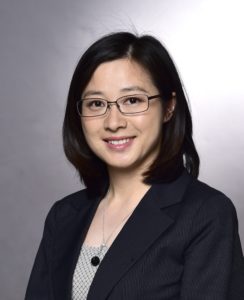